Jolly Back Out There – The Long Walk 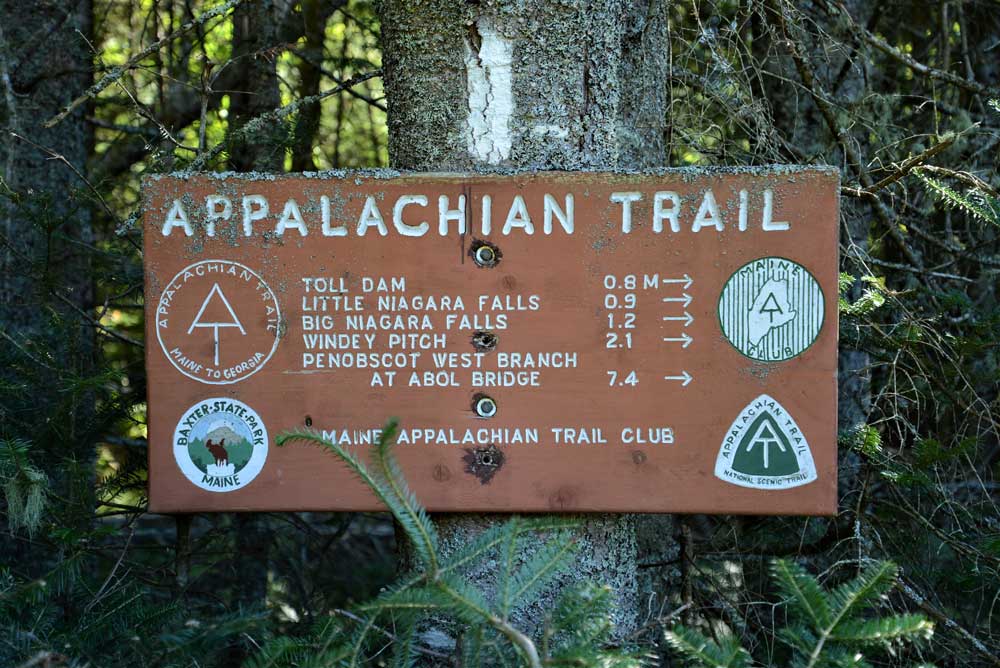 We are not now that strength which in old days
Moved earth and heaven, that which we are, we are;
One equal temper of heroic hearts,
Made weak by time and fate, but strong in will
To strive, to seek, to find, and not to yield.

August 10, 2014: It was early on a Sunday morning that I left our motorhome which resided in a state park and began to walk toward a place that intersected the trail. We were camping here because of the close proximity to Gettysburg, but in reviewing a map of the area noticed a single line representing a trail that entered the map from the bottom, ran through the entire state park, and then just kept right on going out the top of the map. Turning the map sideways and lifting it closer for a better look, I noticed the words, “Appalachian Trail” above the winding line that ran the length of the map. I had heard many stories of the Appalachian Trail (AT) from a very young age, but had never been on it. This would be a wonderful opportunity to explore a bit of it and say that I had hiked a little of the AT. But something happened when I finally stepped onto the trail and began to move south under a canopy of leaves that allowed only a filtered light to come through. I looked up the rocky trail and saw a shaft of light break through the leaves and illuminate the trail and a tree with a white stripe painted on it about 50 yards farther along. As I walked toward it, one thing became very evident to me: I wanted to not just hike on this trail today, but at some point in my life, wanted to walk the entire length of it.

Fast forward almost four years, and that time is upon me. On March 25th of this year I will turn 62 and will have a go at hiking the entire Appalachian Trail in one season. Exactly how long is this hike? Well, pretty darn long as it covers just under 2,200 miles and runs through 14 states, starting at the top of Springer Mountain in Georgia and ending at the summit of Mount Katahdin in Maine. Over the course of the hike, an individual will ascend approximately 465,000 total feet, or the equivalent of climbing Mount Everest 16 times, which is one heck of a lot of climbing any way you look at it.

If you will recall, when we last checked in, my wife Laura and I had just completed a two-and-a-half-year odyssey in a 30-foot motorhome that we named Charley. During that trip we visited all 50 states along with seeing the 59 National Parks and another 126 National Park units. We finally came off of the road in October 2016 and got back just in time to see the Cubs win the World Series. Since then we have put down roots in New Buffalo, Michigan, and have been fortunate to develop a large network of friends. Besides settling into our new home, most of my time has been spent preparing for my upcoming trek.

This has indeed all been a learning experience as I have never done any real long-distance hiking. Now I have hiked some pretty significant distances in a single day – for example, my rim-to-rim hike across the Grand Canyon when I turned 60 was 24 miles – but that was a one-day event, not something that could potentially last six months like my AT hike. Laura and I also spent time camping in the wilderness above the Arctic Circle, but in that case we were doing it with an outfitter who provided camping equipment, prepared meals and handled all other logistics. Also, to get from point A to point B we traveled in an inflatable kayak down the Noatak River and did not have to hike and carry a backpack containing all of our belongings. Honestly, I think that if I had done long, multiple-day hikes in the past, there is a very good chance that I would not be taking this on.

One thing that I do know is that the odds are significantly against an individual successfully thru-hiking the entire length of the AT in a one-year period of time, especially someone of my age. Approximately 2,500 individuals each year attempt to thru-hike the AT, but of those, only about 25% are successful. Ahhh, if I’m not mistaken, and you can check my math on this, but that would mean that on average, 75% fail. Further, the median age of those who do succeed is 29, and since the creation of the Appalachian Trail in 1937, fewer than 500 hikers age 60 or older have made it from one end to the other in the required timeframe.
So why do this you might ask? There are two reasons, actually. One, I suppose that I want to see if I have one more long walk in me. And two, I want to give something back to the National Park system that was so wonderful to experience during our road adventure a couple of years ago. Therefore, one of my objectives is to raise funds for the National Park Foundation (NPF). Our parks are a national treasure and now more than ever they need our help. I have established accounts to raise funds for the NPF in two places:  CrowdRise  Facebook

So if you feel inclined to lending your support, it would be much appreciated, and all contributed funds go to benefit the NPF. In this life we are afforded few opportunities to do something that can potentially contribute to the greater good. I believe that this is my chance to do something significant for this country’s greatest natural treasures, or as environmentalist and writer Wallace Stegner described them: “National Parks are the best idea we ever had.”

Given that I will be a bit preoccupied on a daily basis for the next five to six months, I will not be able to provide updates in the Chenoa Town Crier as I did during our big trip a couple of years ago, but we will be tracking the hike on the following:
Web: https://athike.jollyoutthere.com
Facebook: Fred R Jolly
Instagram: @jollyoutthere

A friend of mine who did successfully thru-hike the AT recently commented: “Hiking the AT is easy. Just take one step forward and then repeat five million times.” It has been many years since I played Little League baseball in Chenoa, or baled hay from sunrise to sunset, or did three-a-day practices playing high school football, but for some strange reason I do think that I can do this. When I turned 60 I drew on the above Tennyson quote to do another hike, and it looks like I will now need to go back to that well. So on March 25, 2018 I will embark on my most challenging endeavor, to thru-hike the entire Appalachian Trail, and with this muster the will, “to strive, to seek, to find, and not to yield.”

“And where does the power come from, to see the race to the end? From within.”
Chariots of Fire 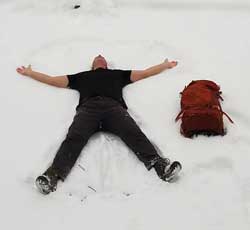 Fred R. Jolly grew up on a farm south of Chenoa and is a 1974 graduate of Chenoa High School. He and his wife, Laura, lived in Chicago, but sold their downtown condominium in June 2014 and embarked on a two-and-a-half-year trip around the United States in a motorhome named Charley, with the goals of spending time in all 50 states and exploring each of our country’s 59 national parks. Fred and Laura completed this odyssey in October 2016 and chronicled their journey at: www.jollyoutthere.com, and in a series of articles for the Chenoa Town Crier. They now reside in New Buffalo, Michigan. Please donate via our Facebook page.

This site uses Akismet to reduce spam. Learn how your comment data is processed. 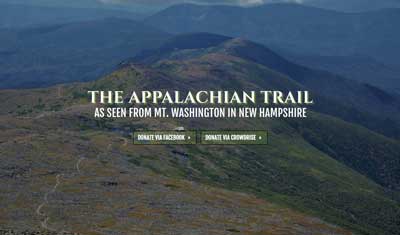 Just Breathe. An avian symphony at dusk. If you ...

Just Breathe. An avian symphony at dusk. If you listen carefully, you can also hear the muffled roar of an angry Lake Michigan. #justbreathe #aviansymphony #angrylakemichigan ...

Just Breathe. Given the craziness of these times, ...

Just Breathe. Given the craziness of these times, a good friend of ours in Great Britain asked me to revive a post that I periodically did when I was hiking the Appalachian Trail. Coincidentally, it was two years ago today that I stepped off on that long walk. Now more than ever, every now and then we all need to simply quiet our minds, and just breathe. #justbreathe #bewell ...